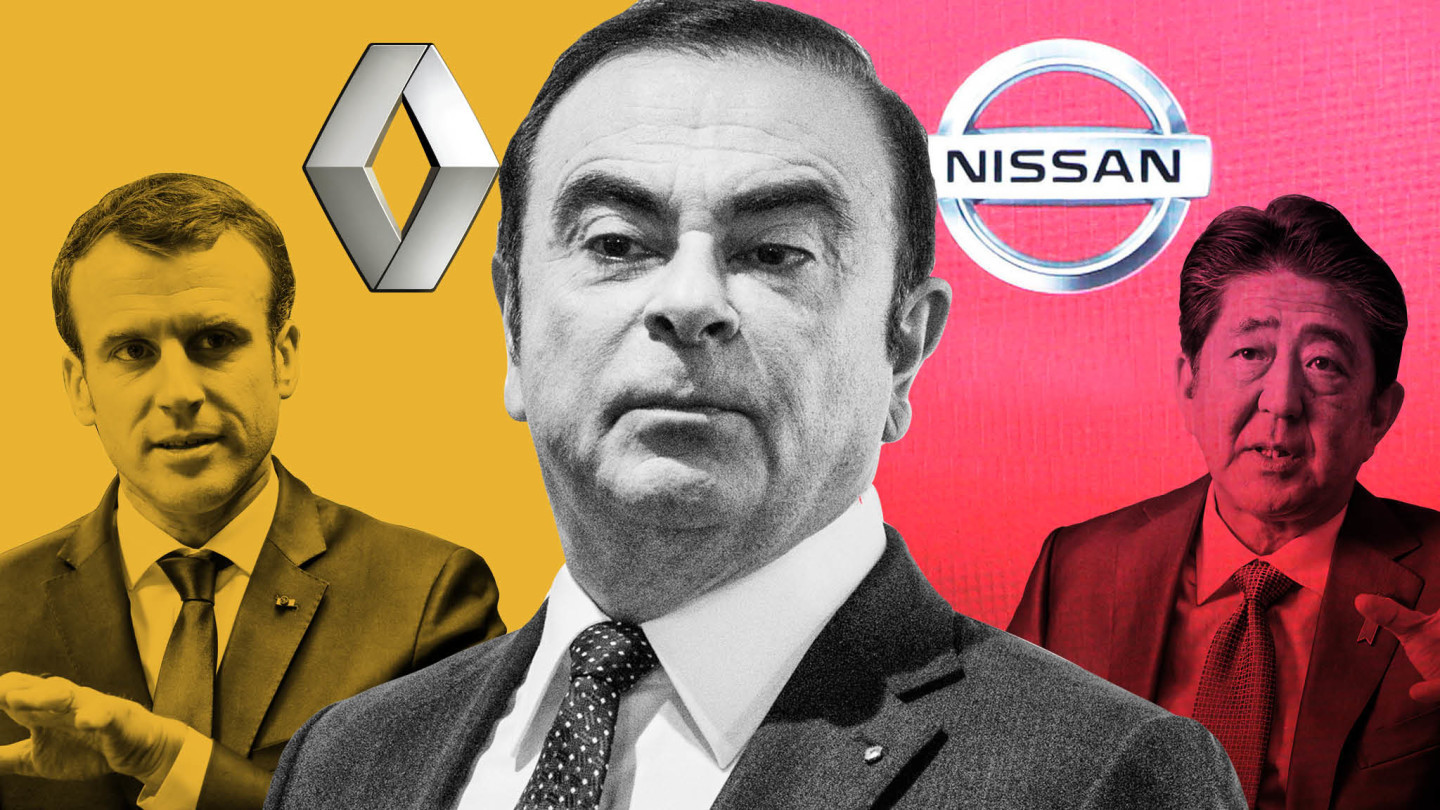 Carlos Ghosn, President of the Renault-Nissan-Mitsubishi Motors Alliance, was arrested on 19 November 2018 in Tokyo by the Japanese justice system following a report from Nissan for “under reporting income to the Japanese stock market authorities”.

This arrest, which soon led to two separate charges by the Japanese public prosecutor’s office, worldwide investigations by Nissan and prompted the downfall of a world-class business leader who achieved the most spectacular industrial turnarounds with Nissan and Mitsubishi and brought Renault to the forefront of the global automotive industry, today symbolizes the ferocity of the economic war between states, a war in which clearly no holds are barred.

Thus, the record fine of more than $9 billion paid by BNP to the American justice system in 2014, as well as the arrest in Vancouver of the CFO of Huawei and that of a senior French executive of Alstom in the United States, are all facts that highlight this “war of law” being waged for economic ends.

The Carlos Ghosn affair is indeed a textbook case of economic warfare. For Japan, the stakes are regaining control of Nissan, a national industrial champion that has come under foreign domination. For France, after the alliance and its annual synergies amounting to €5.7 billion, the next step was further integration between two car manufacturers, which the Japanese wanted to avoid at all costs. The only man in a position to successfully complete this project was Carlos Ghosn, so taking him out of the game became a matter of national interest. Thus, the sentence was handed down before any form of trial, and the least that can be said is that Japanese justice does not cultivate legal doubt: in Japan, where confessions are at the heart of the penal system, 99% of those accused are convicted.

Clear proof of an economic war that is not openly admitted: there are double standards operate for the Japanese and foreigners. Whereas Carlos Ghosn was handed over ipso facto to the justice system in a dramatically staged scenario and imprisoned for 130 days in harsh conditions for failure to report income that he contests and he did not receive, Hiroto Saikawa, who after investigation admitted having received an overpayment of €400,000, was on the contrary able to explain himself before the Board of Directors, apologize “for the trouble caused” and undertake to return the overpayment. His only punishment was having been required resign.

If there is a common thread running through the various aspects of this affair, it is that nothing happened as it should have: for more than twenty years while working for the Alliance companies, no reproaches, no questions about Carlos Ghosn’s financial management were raised by the control and governance bodies whose mission it was.

All the alleged facts were known to everyone, validated by the supervisory bodies, and no concealment or tactics have ever been demonstrated. Some of the disputed transfers were even signed by Mr Saikawa, then head of Nissan.

Exceptional circumstances, exceptional means, even if the most elementary rules of law are broken in the process. Thus, did the Tokyo Prosecutor, referring only to Nissan’s position, set a trap for Carlos Ghosn, notably by arranging the media coverage of his arrest and then re-arresting him four times?

The length and severity of his detention, the relentless legal harassment characterized by very strict bail conditions and the impossibility of obtaining access to the full prosecution file 11 months after the first arrest, all give legitimate grounds for believing that the various elements aimed at discrediting Mr Ghosn pursue a purpose that has nothing to do with justice, as illustrated in the following examples:

This demonstrates that, with no regard for any notion of justice, Mr Ghosn was first put out of action, and only then were grounds be sought across the board.

Who under these circumstances would believe that Hari Nada, who has been at the heart of the company’s management for years and who signed several of the disputed documents, was a mere whistle-blower?

Above all, however, and over and above the wrongs of the system itself, the particular fate reserved for Mr Ghosn reveals how in this case justice has been exploited to serve the cause of Japanese economic patriotism – perfectly illustrated by the difference in treatment between Carlos Ghosn and Hiroto Saikawa – in order to break what is perceived as France’s industrial stranglehold.

Carlos Ghosn, who will always be the architect of the first world automobile alliance and of industrial relocations in France, asks for neither preferential treatment nor compassion.

He is, however, entitled to respect for universal principles that apply to every human being.

Carlos Ghosn should not be the sacrificial lamb for Japanese economic designs.

The fundamental principles of law have thus been openly flouted

From the time the case began, international human rights treaties have been violated on several occasions.

More surprisingly, Japanese law – in particular the Japanese Constitution – has also been flouted, to the extent that – a rare occurrence – two major human rights organizations (FIDH Japan, Human Rights Watch) and more than a thousand lawyers have issued appeals for these rights to be respected, making specific reference to the plight of Carlos Ghosn.

Carlos Ghosn is neither above the law nor owed any special form of justice, but he is entitled to justice, which implies respect for the presumption of innocence, fairness, moderation and protection of the rights of the defence.

It is therefore not for the French authorities to take the place of the judicial system, especially when it is in a foreign country, but to ensure that the conditions for a fair trial are respected.

– On 19 November 2018, Carlos Ghosn was spectacularly arrested in front of the world’s media in order to humiliate and demoralize him. The staging was orchestrated by the Tokyo prosecutor. On the same day, Ghosn was taken into police custody and interrogated on a daily basis without a lawyer being present, and without having the opportunity to ask to be released on bail.

– On 10 December 2018, Carlos Ghosn was arrested again for the same facts but relating to a different period of time. When he was due to be released, the Tokyo Public Prosecutor’s Office arrested him for the third time.

– On 21 December 2018, he was arrested for the third time in order to circumvent the legal limit of 23 days in police custody. This time Carlos Ghosn was taken into custody, according to the Prosecutor, for having Nissan cover “losses on personal investments”.

– On 3 April 2019, Carlos Ghosn was arrested for the fourth time to prevent him from holding a press conference scheduled for the following day in Tokyo at which for the first time he would allegedly have presented his defence case in response to the charges against him. His wife, who was with him, was treated in a humiliating manner while in violation of the rights of the defence the devices containing the correspondence with his lawyers were seized.

The particularly difficult conditions under which Carlos Ghosn was detained

Held for 130 days in Kosugé prison, known for its state executions by hanging, Mr Ghosn had to endure a particularly harsh detention regime, with inhuman and degrading overtones:

● Carlos Ghosn was placed in solitary confinement, which was not warranted on any grounds;
● The light was constantly on, day and night, severely affecting his sleep and harming his overall condition;
● Every night he was ordered to lie in bed without being able to read or write;
● His cell was not heated and only two blankets were allowed;
● Carlos Ghosn was only allowed two showers a week;
● Physical exercise was limited to 30 minutes a day, Monday to Friday only; ● Mr Ghosn’s Japanese lawyers then asked that “the torture of their client stop”.

– On 25 April 2019, Carlos Ghosn was released on parole and placed under house arrest.

To this day, he is still deprived of his fundamental freedoms

• Denial of permission to leave Japanese territory;
• Requirement to reside at a court-approved address;
• Ban on travel within Japan without the court’s permission;
• Permanent video surveillance of his apartment;
• Ban on using a mobile phone other than the one provided by his lawyers;
• Ban on using a laptop other than the one made available by his lawyers and exclusively at his lawyers’ offices from 9 am to 5 pm from Monday to Friday;
• Obligation to submit to the court a history of calls made, Internet pages consulted and all persons met every month;
• Formal prohibition of any contact with his wife, without any reason or time limit, even by telephone. In this respect, the prosecutor’s real motives are particularly shocking: “She (Ms Ghosn) has criticized the Japanese penal system (…) it seems that no one has managed silence her…”.

All these factors constitute an unjustifiable deprivation of liberty with regard to the requirements of the investigation.

Japan ratified the International Covenant on Civil and Political Rights on 21 June 1979. This text is directly binding on its domestic legal order as provided for under Article 98 of the Japanese Constitution.

In this case, in which genuine abuses of procedure have been organized to circumvent the maximum period of police custody – limited in Japan to 23 days – the prosecutor appears to be departing from any legal framework…

This case is indicative of the hostage system, designed to obtain forced confessions, and sheds light on the abuses of Japanese criminal justice.

These serious abuses compromise any possibility of a fair trial within the meaning of Article 14 of the International Covenant on Civil and Political Rights.